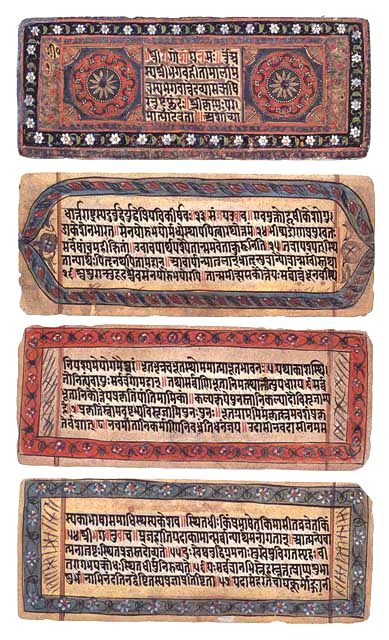 The sublime message of the Bhagavad Gita is timeless and is applicable in every facet of life. Within Srimad Bhagavad Gita are the answers to the mysteries of existence – our real purpose in this world, how we should act and why we suffer, or are oftentimes helpless in our struggle for survival.

To understand Srimad Bhagavad Gita one must enter into the spirit of the Gita by accepting the path of devotion (bhakti). Accordingly, the Gita’s message cannot be properly understood by mental speculation. To this end, the sublime process illuminated within the Gita must be accepted as given by the speaker Himself, Shri Krishna.

The active principle of understanding the message of the Gita is to hear directly from the Master of yoga, Shri Krishna, who is glorified throughout the Vedic literature as the Supreme Person, the Absolute Truth. Shri Krishna speaks to Arjuna in Srimad Bhagavad Gita and thus one who studies the Gita hears from Krishna directly.

The philosophy of Srimad Bhagavad Gita is clear for the sincere reader, yet for some, approaching the Gita may seem daunting – its language too ancient. However, this obstacle is easily overcome by a straightforward translation and commentary (Anuvritti). The requirement for a translation and commentary on the Gita is as necessary today as anytime in the past. With the passing of time, our values and our worldview are constantly changing, and this demands a fresh approach to the understanding of the Gita.

This translation and commentary on Srimad Bhagavad Gita provides simple, yet profound knowledge to elevate us to a higher state of consciousness whereby we can realize our true self and progress towards attaining a life of spiritual fulfillment. Self-realization means to realize our actual purpose in life and act towards it, gradually freeing us from the yoke of material bondage. Where there is light, darkness cannot stand — where there is proper knowledge, ignorance cannot remain. Srimad Bhagavad Gita unravels the mysteries of life, providing not only knowledgeable answers, but also a progressive process to uplift us to pure consciousness.

One of the more remarkable features of the Gita is that its readers can easily observe and feel its philosophy working, like poetry in motion, in their everyday lives. The knowledge of Srimad Bhagavad Gita is a true science – its formulas for success clear and observable in action. The Bhagavadgita thus provides a complete outline for self-realization in everyday life.

Anyone who is fortunate enough to dive deeply into the wisdom of Srimad Bhagavad Gita and embrace its message will surely achieve success, for this is guaranteed in the Gita’s final verse:

Where there is Shri Krishna, the Master of yoga, and where there is Arjuna, the mighty archer, there will always be prosperity, victory, opulence and righteousness – this is my firm conviction. (BG 18.78) 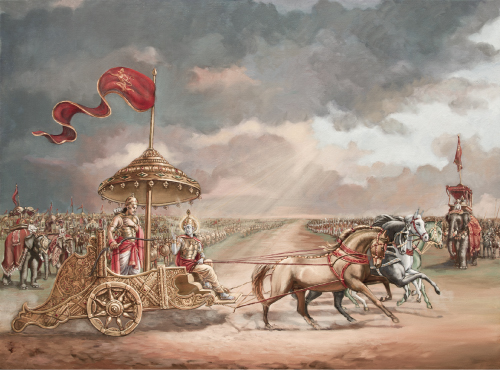 In Search of Truth 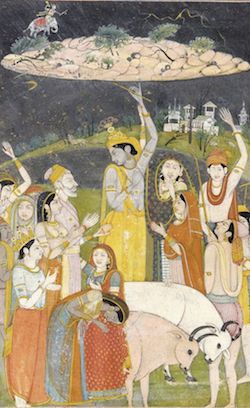 As a young seeker of truth, I first came in contact with Srimad Bhagavad Gita in 1968. In subsequent years I traveled to India and studied Srimad Bhagavad Gita under the foremost gurus of the late 20th century, A.C. Bhaktivedanta Svami Prabhupada and Svami B.R. Shridhara Deva Gosvami. By the goodwill of these two great masters, the essential message of Srimad Bhagavad Gita entered my heart and I was soon to be situated on the path of self-realization.

As with any path in life, one will certainly encounter crossroads. The first crossroads that I came to while studying Srimad Bhagavad Gita was to decide on the path – personal or impersonal. Was I to follow the path of personalism – ultimately to perfect the individual self and enter into the spiritual sky of Vaikuntha planets and live eternally with the Supreme Person, Shri Krishna? Or was I to follow the path of impersonalism – ultimately ending existence as an individual living being and merging myself into the brahmajyoti of infinite bliss? I chose the former, bhakti-yoga.

The Message of Srimad Bhagavad Gita

Srimad Bhagavad Gita is certainly a scholarly work, but one need not be a scholar to understand the Gita’s straightforward and simple message. Indeed, Arjuna, the first student of Srimad Bhagavad Gita, was not a scholar, but a warrior. In the past many great scholars, gurus and self-realized masters have written illuminating commentaries to accompany the Gita – its as it is meaning, its poetry, philosophy and its hidden treasure – so that the people of their time, as well as the people of future generations, may have a better appreciation of the message of Shri Krishna.

According to Vishvanatha Cakravarti, a renowned commentator on Srimad Bhagavad Gita from antiquity, the first six chapters of the Gita mainly pertain to karma, the second six chapters to bhakti and the final six chapters to jnana. But the answers to life’s most puzzling questions are found throughout the eighteen chapters of the Gita with Shri Krishna’s last and conclusive instruction to Arjuna in verse sixty-six of the last chapter – sarva-dharman parityajya mam ekam sharanam vraja.

In our Anuvritti we have not commented on each and every verse spoken by Shri Krishna as we feel that by directly hearing from Krishna with one’s intelligence, one receives the greatest knowledge and further comment is not always necessary. The comments made in the Anuvritti are to highlight certain points and to reflect on what Krishna says with relevance to our world today. What lies ahead in our Anuvritti are the basics of Gaudiya Vaishnava philosophy (acintya-bhedabheda-tattva) and the essential understanding for the practice of bhakti-yoga.

Many readers may want to delve deeper into the knowledge of Srimad Bhagavad Gita and for such persons we highly recommend the study of the 1973 Macmillan edition of Bhagavad gita As It Is by A.C. Bhaktivedanta Svami Prabhupada. Other recommended readings are the commentaries of Vishvanatha Cakravarti, Baladeva Vidyabhushana, Bhaktivinoda  Thakura and Svami B.R. Shridhara Deva Gosvami.

We would like to express our sincere appreciation for those who have encouraged us in our work and helped to bring Srimad Bhagavad Gita – Shri Krishna’s Illuminations on the Perfection of Yoga to completion. We especially want to mention here our godbrothers, Svami Bhakti Bhavana Vishnu, Jayadeva, Jagadishvara, our godsister Dhira-lalita, and our sannyasa disciples, Svami Shrirupa Madhava, Svami Bhakti Vijnana Giri and Haridasa Babaji Maharaja.

May this publication be an offering unto the Absolute Truth, Shri Krishna – krishnarpanam astu. 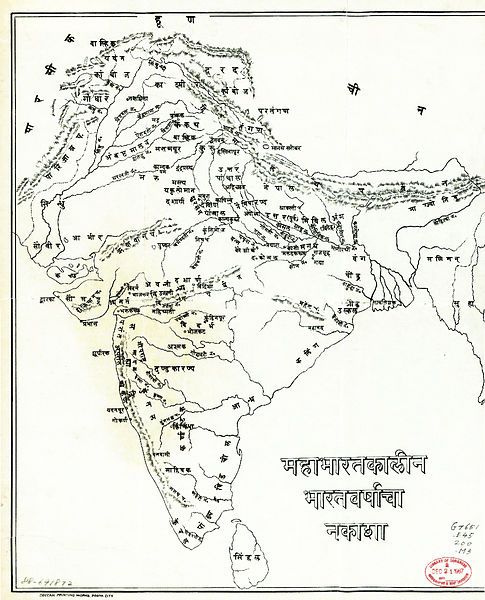 The History of Bhagavad Gita

Since time immemorial, Srimad Bhagavad Gita has been a prime source of inspiration for many great thinkers and philosophers in both the east and the west. In ancient times, the first commentary on the Gita was written by Adi Shankara, who was the first acarya to treat it as a freestanding text. Subsequently, other great acaryas such as Ramanuja, Madhva, Shridhara Svami and others wrote commentaries on the Gita that presented its essential devotional significance, in stark contrast to Adi Shankara’s impersonal interpretation.

I owed a magnificent day to Bhagavad Gita. It was the first of books; it was if an empire spoke to us, nothing small or unworthy, but large, serene, consistent, the voice of an old intelligence which in another age and climate had pondered and thus disposed of the same questions which exercise us. -Journals of Ralph Waldo Emerson 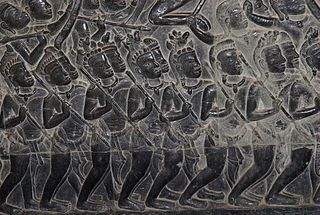 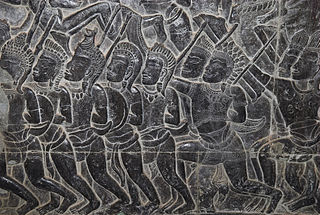 The word Mahabharata means ‘The History of Greater India’ and recounts the story of two feuding royal families, the Pandavas (the sons of Pandu) and their cousins, the Kauravas (the sons of Dhritarashtra). Both Pandu and his brother Dhritarashtra belonged to the royal Kuru Dynasty of Hastinapura (modern day Delhi). Although Dhritarashtra was the elder of the two, he was born blind and so the throne was passed on to Pandu, who became the heir-apparent.

However Pandu died untimely, leaving five children – Yudhishthira, Arjuna, Bhima, Nakula and Sahadeva. While the Pandavas were still young, their uncle Dhritarashtra assumed the throne as regent until they were of age to rule the kingdom. Yet due to his excessive paternal attachment, Dhritarashtra schemed that his own sons, led by the corrupt Duryodhana, would ascend the imperial throne. To this end, and with the consent of his father, Duryodhana made several assassination attempts upon the lives of the Pandavas. Despite the wise counsel of his grandfather Bhishma, his uncle Vidura and his military teacher Drona, Duryodhana continued to plot against his cousins. Yet, due to the protection of Shri Krishna, the Pandavas were able to foil all his murderous attempts.

Historically speaking, Shri Krishna was the nephew of Pandu’s wife Queen Kunti and was thus the cousin of the Pandavas. However, Krishna was not simply a royal prince, but the Supreme Person Himself who had descended to earth to perform His pastimes and to establish the principles of dharma. Due to their righteous behavior, Shri Krishna always favored the Pandavas.

After numerous failed murder attempts, Duryodhana finally challenged the Pandavas to a rigged game of dice. Duryodhana cheated and won the game, and the Pandavas lost their kingdom. The result was that the Pandavas were forced into exile for thirteen years.

After completing their thirteen years of exile, the Pandavas returned to the capital and requested Duryodhana to return their rightful kingdom. When the proud Duryodhana flatly refused, they requested him to at least give them five villages to rule over. At this Duryodhana curtly remarked that he would not even give them enough land in which to drive a pin.

Although the Pandavas sent Shri Krishna as an ambassador to sue for peace, Duryodhana blatantly refused to listen. War was now inevitable.

Rulers as far west as Syria and as far east as China came to take part in the battle – some supporting the Kauravas due to their political designs, and others favoring the Pandavas due to their piety. During this fratricidal war Krishna stated that He would not take up arms for either side, but accepted the position as Arjuna’s charioteer. Thus, in the month of December, in 3138 BCE, both armies assembled on the planes of the holy place known as Kurukshetra.

The significance of Kurukshetra is related in the Vamana Purana that narrates how the virtuous king Kuru, the ancestral patriarch of the Pandava and Kaurava Dynasty, performed rigorous austerities at Kurukshetra. Because of this act, Kuru was given two blessings – firstly that Kurukshetra would be named after Kuru and secondly, that anyone who died at Kurukshetra would attain the celestial planets.

Srimad Bhagavad Gita is spoken on the first day of the war at Kurukshetra. As the two armies prepare to fight, the blind Dhritarashtra sits in his court with his faithful servant Sanjaya and inquires from him as to what the virtuous Pandavas are doing. Sanjaya, a disciple of the great sage Vyasa, had been blessed with the mystic power to observe the conflict far from the battlefield at the palace in Hastinapura. Sanjaya then narrates to the old emperor the sacred conversation between Shri Krishna and Arjuna. Thus Srimad Bhagavad Gita was received by Sanjaya and repeated to Dhritarashtra for the spiritual benefit of all humanity.